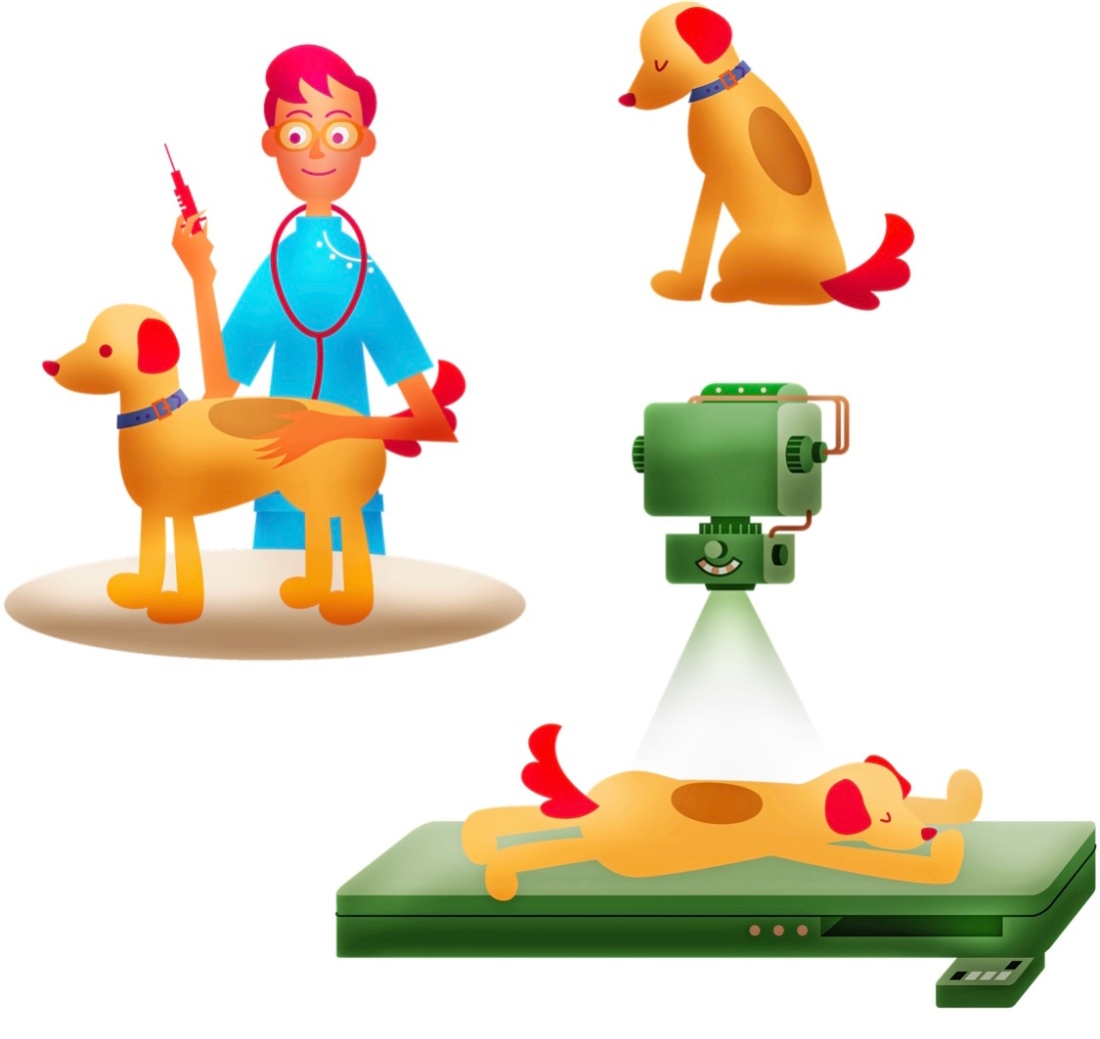 Cancer is a group of pathologies characterized by the abnormal and uncontrolled multiplication of the cells. Under normal conditions, cells grow and divide in a controlled and organized fashion to produce new healthy daughter cells, allowing the growth and regeneration of the body tissues. However, occasionally cells undergo changes turning them abnormal and with carcinogenic properties. In the majority of the cases, organisms have mechanisms capable of destroying and controlling the reproduction of these cells, but in some circumstances these defences fail allowing their multiplication and the formation of tumour masses. Cancer cells also have the ability to separate from the tumour and travel to other parts of the body through the blood and lymphatic system giving rise to secondary tumours which are called metastasis.

Cancer is not a disease unique to humans. Animals can also be affected by the disease and in some species with incidence rates similar to those found in the humans. This is the case of dogs and cats, in which cancer affects approximately 1 in 4 animals, being one of the main causes of death in these pets. Despite the fact that the prevalence of the disease has recently increased due to the increase in life expectancy, cancer is a very old disease known to have affected dinosaurs millions of years ago.

Both in humans and in animals, older cells are more prone to suffer alterations and to become cancerous, which is the reason why the incidence of the disease tends to increase with the age. For instance, in dogs and cats, cancer accounts for about 50% of deaths in animals over 10 years of age. However, other factors can also increase the risk of contracting the disease. For example, just like in humans, animals living with owners that smoke have a higher risk of developing certain types of nasal, oral, lung and lymphoma cancers, just as excessive sun exposure increases the risk of skin cancer. It is also known that animals exposed to certain chemical agents, radiation and some viral infections, as well as bad diet and sedentary lifestyle have an increased risk of developing the disease.

Not only environmental factors are responsible for cancer. Genetics also play a very important role, reason why different species and breeds of animals possess different predispositions for certain types of cancer. It is known that the Tasmanian demons are the only animals affected by a type of facial tumour that is transmissible through physical contact. On the other hand, elephants show a much lower incidence of cancer compared to other species and humans even although they have many more cells. This is because elephants have several copies of a gene responsible for fighting cancer. Similarly, Greenland whales also have certain genetic mechanisms to prevent the onset of cancer. Nevertheless, one of the most interesting species on the planet are the naked mole-rats. Despite the fact that they live much longer than other rodents (sometimes surviving up to thirty years), naked mole-rats are immune to cancer. And scientists have discovered the reason why. This is because these animals produce a protein called hyaluronic acid, but in a version much bigger than the one produced by other species and humans. The presence of this big protein makes it very hard for the cells to aggregate to each other, making it very difficult to form tumours.

What are the most common types of cancer in animals?

In both dogs and cats, lymphoma is the most common form of cancer. Lymphoma is a type of cancer that affect the blood particularly the white blood cells (lymphocytes) and the lymph nodes. In dogs, lymphomas have genetic origin affecting predominantly breeds such as Boxer, Basset Hound, German Shepherd, Poodle, Bulldog, Rottweiler, St Bernard and Beagle. Labrador is the most susceptible breed affecting 1 in 8 animals. Conversely, in cats, lymphomas are usually associated with previous infections by certain viruses, which leads to the increased risk of developing this disease by more than 60 times. In both animals, the symptoms can be varied according to the organs affected and may include: swollen lymph nodes, vomiting, diarrhoea, loss of appetite, weight loss, lethargy as well as increased thirst and urination. Recently, a group of scientists discovered a type of lymphoma in clams, affecting the cells of their hemolymph (a fluid equivalent to mammalian blood) and usually leading to the death of these molluscs.

Skin cancer is also common in dogs and cats. Although it can affect any part of the body, it is most commonly found in areas around the eyes, ears, nose and mouth as well as areas with little hair, particularly in light-skinned and hairless animals. Similar to the humans, the main cause of the disease is the exaggerated sun exposure. The animal initially presents irritation in the skin that progresses to crusts, loss of hair, difficulty in healing and reddish bumps on the skin. In more advanced states, it can lead to the development of bleeding ulcers, the destruction of nearby bone tissues and metastasis to the lymph nodes and lungs which may culminate in the death of the animal. However, not only mammals can suffer from skin cancer. Recently, scientists have observed the presence of melanomas in a population of coral trout that inhabit the great barrier off the Australian coast. This is the result of the increased exposure to high levels of ultraviolet radiation due to the large hole in the layer of ozone in this region.

Another type of cancer that commonly affects pets is breast cancer. This type of cancer affects predominantly elderly females that have not been castrated. In particular, Siamese cats are at high risk. It is important for the owner to be aware of signs of breast cancer such as the presence of hard lumps around the nipples, skin ulceration and the presence of swollen or inflamed nipples. The veterinarian can confirm the diagnosis by taking a biopsy.

The good news is that due to the great efforts and scientific developments of recent years, approximately half of all cancers diagnosed in pets are curable if they are identified early. Therefore, the awareness of the owners for this group of pathologies is essential to allow an early detection and appropriate treatment in order to prevent the progression and metastisation of the disease.

Encouragement of scientific research is of paramount importance to continue to provide better knowledge of cancer prevention, diagnosis and treatment strategies in humans and animals. Possibly a better understanding of the defence mechanisms used by elephants, Greenland whales or naked mole-rats, may allow us to develop new strategies to combat the disease so that in the future no human or animal will die of cancer.

Veterinary doctor, doctorate in veterinary sciences and Researcher in the field of oncology

I am a vet and scientist that enjoys writing about science, animal health and well-being. View all posts by Ricardo Ribas

2 thoughts on “Can animals help finding the cure for cancer?”